What we learn from Joseph, Daniel, and Esther 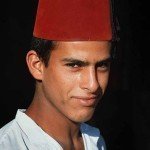 My Bible study group just finished a study by Tim Keller examining what we can learn from Joseph, Daniel, and Esther about living in a pluralistic, or pagan, society. Let me point out that that is what we are living in now, so this was a very instructive study. Things have changed rapidly in the past few years.

Joseph lived in Egypt, where he was first a slave and then a gifted administrator working directly for Pharaoh.  Joseph took an Egyptian wife but did not join the culture; he gave his sons Hebrew names.  When he had been pressed to give in to the culture’s ungodly ways by Potiphar’s wife, he did not waffle but fled.

Daniel also served pagan kings as an able administrator, also supplying his gifts for the good of the nation he lived in.  Like Joseph, he was pressed to compromise in his faith by those who wanted to stop him from his daily habits of prayer. But he did not give in, though refusal would have cost him his life had not God intervened. 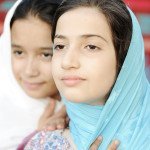 Esther found herself drafted into the pagan king’s harem, a place she surely did not want to be. But she did her best to use her gifts in her position, like Joseph and Daniel. Like them, she found herself raised to a place of power. In her story it is not Esther at first but her uncle Mordecai who comes under fire for his faith. Mordecai refuses to back down from his daily habits of prayer, like Daniel.  You may recall that this results in an edict from the king setting a date for exterminating the Jewish people in all the known world, the Persian empire. Then Esther is called to step forward and risk her life for her people.

What do we learn for our own lives? We too can be working for the good of our society, shoulder to shoulder with nonbelievers. (Note that retreating into a Christian ghetto does not follow the examples of Joseph, Daniel, and Esther.) And we too must practice our faith, sooner or later finding that line we will refuse to cross.

The Wall Street Journal on Aug. 17 ran an interview with Russell Moore, a Southern Baptist leader, on just this topic. Perhaps we should consider what Moore said. The interviewer asked this question: In these changing times, how can Christians be most effective in speaking to the culture?

We are no longer the moral majority, Moore says, but the prophetic minority. We need to adjust our thinking and our actions in the political square accordingly.

Moore urges evangelicals not to retreat, but to engage their culture on key issues rooted in the Christian faith. For him, the issues that form the line he will not cross are protecting the unborn, protecting marriage, and holding the line on religious liberty.  For religious liberty, he particularly urges evangelicals to fight in court the ObamaCare requirement that religious employers pay for contraception, morning-after abortion, and sterilization.

“We are not going to go away or back down,” the article quoted Moore as saying.

Moore’s not my leader, you may say. Christendom is splintered, and our actual head is Jesus Christ, so each of us must discern where Jesus is leading us. But it might be instructive to listen to leaders the Lord has raised up in his church, like Moore and Pope Francis (who, like his predecessors, decries abortion and supports the sanctity of marriage). These men are taking their cue from Joseph, Daniel, and Esther, who also refused to back down when their cultures threatened their religious practice.