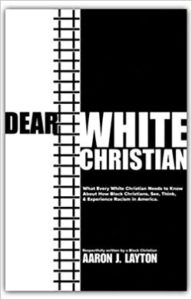 I am a writer of fiction for twelve-year-olds. In my manuscripts, I have found myself returning again and again to the theme of racial reconciliation through the eyes of a white person. So I was very interested to find this book.

Aaron Layton, a teacher and administrator at a St. Louis Christian high school, is African-American. He has embraced the mission of helping white Christians understand what it is like to be in the minority. His method is to ask African-Americans to speak of their experiences, and to ask whites to listen.

After all, how can we white Americans know what it is like to be in the minority? Short of moving to another country, the only way is to ask the right questions and to listen. And I expect we will be surprised when we do that. 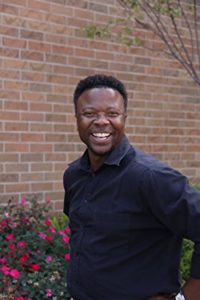 It’s so easy for me to walk around my white suburban neighborhood in comfort and safety and to assume that the African-American families I know do the same. But that’s a false assumption.

Layton writes of his feelings of disconnection from his white church and white friends after the rioting in Ferguson in 2014. “Michael Brown’s death reopened wounds from my childhood,” he says.  “I felt isolated from my white brothers and sisters because not many of them, if any, knew the regular pain, disappointment, discouragement, resentment, and anger I regularly worked through as a black man in a white world–as a black man in their white world.”

White brothers and sisters would casually say things that revealed their negative bias toward African Americans–“as poor, criminal, lazy, uneducated, and thuggish.” On the topic of Ferguson, they said nothing to him.

“Why?” he asked a white friend.

“We don’t know what to say,” responded the friend.

Layton’s book explores his experiences, an eye-opener for whites like me who rarely embark on conversations about race.  He also describes something white churches can do to promote talking and listening on this sensitive topic:  team with a black church and hold regular fellowship dinners, with particular points to be talked about and discussed to promote understanding and empathy. This is something his church has done, and my church has done as well.

It’s important, he says, to keep it up, get a rhythm going, have these dinners on a regular schedule. Then it doesn’t fall by the wayside in the future.