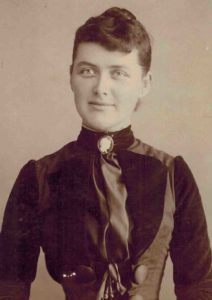 My great-aunt, Ella Hough, was an amazing artist. I know because I have her sketchbook.

She was born in 1868 to Thomas Hough and his wife Jane. Thomas was a successful entrepreneur who immigrated in his early twenties from Yorkshire, England, in about 1865. He’d left his job operating an elevator in a textile mill because he figured he’d have that same job all his life, and he didn’t want it.

He arrived in Carrollton, Illinois, a small town an hour and a half north of St. Louis, and pretty soon had a job as a delivery driver for a flour mill. Then after a while, he owned the flour mill. He started a lumber mill to take advantage of a building boom in Carrollton, and things were looking very good for this family. 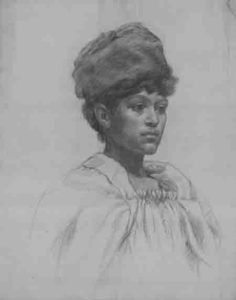 Thomas and Jane had daughter Ella soon after they were married, but they waited for the next children, James Carlisle Hough and Thomas C. Hough (my grandfather), who were a lot younger.

Ella, clearly a child of privilege in her day and age, graduated from Washington University in St. Louis in the late 1880s with an art degree. She was accepted for graduate work at the Sorbonne, THE art school in Paris, and in 1890 was all set to go. This was a time of upheaval in the art world in Paris: the Impressionists were working against the status quo and getting some attention.

Then her little brothers caught scarlet fever. She came home to nurse them. 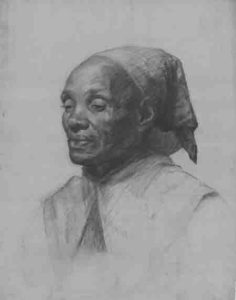 What if she had lived? Would she have been another Mary Cassatt? Looking at her sketchbook, perhaps she would have focused on African American women (not too long after the end of slavery) as her subjects. You can see the emotion of the subject in many cases. She is drawing disadvantaged people and ordinary people. Not privileged people. 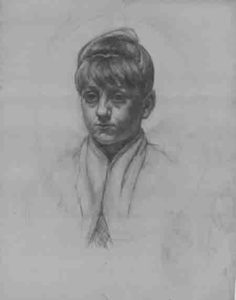