My grandfather, a surveyor 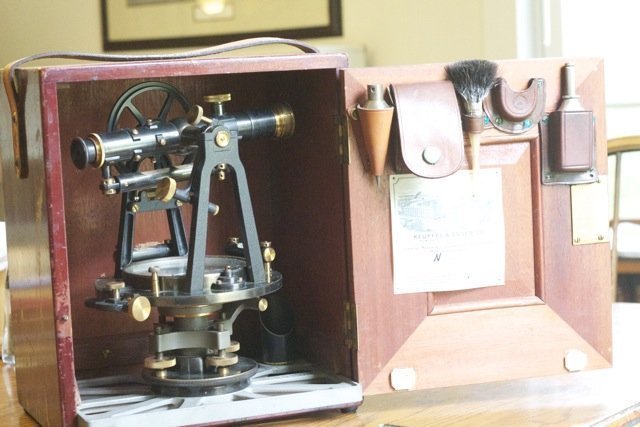 I am sorting stuff from the attic and basement. I ran across my grandfather’s precision surveying instrument.

Later on I knew his wife Granny Jennie — she was as mild-mannered as they come. But I never knew Grandpa Tom. He died before I was born. 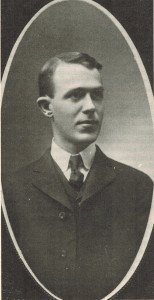 I’ve heard that Grandpa Tom could be hard to get along with. Also, I’m no dummy. Why else would Granny Jennie go and keep house for her out-of-town son (my father) while he was a senior in college, in grad school, and afterward? This separation lasted for about ten years, and finally it ended when my father got married (in his thirties).

Granny Jennie had to go home to Tom and had to live with his odd ways. His odd ways included requiring her to cook on the old wood stove in the kitchen rather than buy her a “modern” range. They weren’t on the farm, where old woodstoves might linger, but in the town, a medium-sized town in Illinois. It seemed unjust to Granny Jennie. I don’t know if you’ve tried to cook over a campfire, but cooking on a woodstove must be somewhat similar. You can’t set the burner on “medium.” You have to keep the fire fueled just right for what you are cooking.

My sister Chris adds that they used the wood stove to heat hot water, also. Carried it upstairs to the claw-foot tub, in a time when the neighbors had hot-water heaters as well as ranges.

I don’t think I’ve ever seen a photo of the two of them, Jennie and Tom, together. Just photos of them separately.

So, what else do I know about this mysterious man? Grandpa Tom never made it to college, because his mother wouldn’t let him go–he was the only one of her three children who survived to adulthood. So he became a self-taught engineer, among other things.

Grandpa Tom’s dad was a successful immigrant entrepreneur with lumber and coal businesses, and he set his son up with a large farm south of town as a young man. Grandpa Tom managed that farm and also tried various businesses. But he wasn’t too good at being a businessman. For example, he opened a ladies’ dress store. Didn’t last long. He also operated at various times an auto repair shop, a limestone quarry (on his farm), and a mill for feed grain.

His nerd skills were good though. He did some surveying. He helped out the town with his engineering skills–assisting in setting up the city water system. Probably because of that, the town of Carrollton elected him mayor in 1948. He was mayor when he died in 1952.

As soon as he died, guess what Granny Jennie did. Yep. Got herself a range and a hot water heater. And a new kitchen to match. She booted that old wood stove out the door.