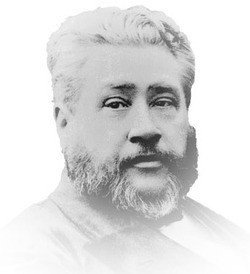 rles Spurgeon was a great soul-winner who lived in England in the 1800s. Here is how he came to understand the mercy of God.

Spurgeon was a self-righteous young man, but eventually the Lord pointed out to him his sins: how he, like all of us, broke the Ten Commandments in his heart all the time. This depressed him, until a Sunday morning in 1850 when he couldn’t get to his normal church because of deep snow. He entered the door of a church partway there, a Primitive Methodist chapel. In his words:

The minister did not come that morning; he was snowed up, I suppose. At last, a very thin looking man, a shoemaker, or tailor, or something of that sort, went up into the pulpit to preach. . . . He was obliged to stick to his text, for the simple reason that he had little else to say. The text was, “Look unto me, and be ye saved, all the ends of the earth.”

When he had managed to spin out ten minutes or so, he was at the end of his tether. Then he looked at me under the gallery, and I daresay, with so few present, he knew me to be a stranger. Just fixing his eyes on me, as if he knew all my heart, he said, “Young man, you look very miserable.” Well, I did, but I had not been accustomed to have remarks made from the pulpit on my personal appearance before. However, it was a good blow, struck right home.

He continued, “and you always will be miserable—miserable in life, and miserable in death—if you don’t obey my text; but if you obey now, this moment, you will be saved.” Then, lifting up his hands, he shouted, as only a Primitive Methodist could do, “Young man, look to Jesus Christ. Look! Look! Look! You have nothin’ to do but to look and live.”

I saw at once the way of salvation . . . I had been waiting to do fifty things, but when I heard that word, “Look!” What a charming word it seemed to me! Oh! I looked until l could almost have looked my eyes away.