The Hate U Give movie, a review 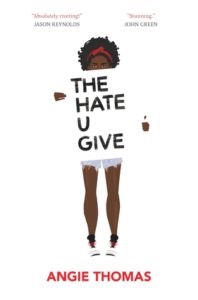 In the movie “The Hate U Give,” 16-year-old Starr is an African-American living in what she calls “the ‘hood,” a place called Garden Heights, while attending a nearly all-white high school. She lives in both worlds, trying to fit in both places.

When her childhood friend Kahlil volunteers to drive her home from a party gone wrong, she accepts. But police stop his car. Unarmed, he is shot dead because he reached for his hairbrush, traumatizing Starr, the only witness.

Starr moves from a place of fear about her own safety to boldness to defend Kahlil’s name in the press and at protests. She struggles to communicate some of her complex feelings to her white friends, and she also manages to make an enemy of the gang lord who controls what goes on in the ‘hood. Will she be like so many she knows, cowed by the demands of this violent man? Or, encouraged by her brave father, can she make another choice?

I, a white person, found this movie very helpful in my effort to walk in the shoes of my black brothers and sisters. The story ends positively, on a healing note. Along the way, it portrays all kinds of attitudes: black racism, white racism, strong friendship crossing racial boundaries, and more. It showed me much about the motivations behind the Ferguson protests of several years ago in my hometown of St. Louis. I highly recommend this movie.

Caution: there is some language and violence, but not over the top.

The Hate U Give by Angie Thomas is a young adult novel published in 2017. I picked up the book not too long ago but put it down because I could not relate to the opening scene. The movie has a much more inviting opening scene.