Christians can make a difference in a pagan culture 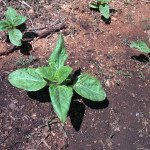 In my last post I asserted that our culture is no longer Christian, and I expect you agree with me. Or perhaps you are surprised to hear me assert that because you are young enough to have no memory of a time when the culture did at least give lip service to Christian values and norms.

So what should we do about it?  How do we Christians adjust what we are doing and saying? Carl Ellis Jr. has something to say about this.

Ellis, an educator who spoke at a conference I attended this weekend, said Christians tend to focus on the harvest of souls. In the culture that has waned, sometimes all it took was a reading a tract, holding a prayerful conversation, or attending a revival service, and boom! new believers.

Now, though, non-believers don’t understand tracts and have no idea what Christianity is. So there is more work to be done. Christians need to be focusing on soil preparation, planting, weeding and watering, harvesting, and distribution of the harvest, the whole process.  But Christians haven’t moved their resources to that yet. “We don’t support those who prepare the soil and those who plant,” Ellis said. But we need to, or there will be no harvest.

How do we all help prepare the soil and plant? We can interject the truths of God’s word into the culture through blogging or in our daily lives. People need to hear truths, even if they’re not ready to learn that they are Biblical truths.

Ellis, who was part of the ‘sixties civil rights movement leadership, noted that the civil rights movement resonated with the core values of the culture at the time. But times are different. Our culture has thrown most core values away. Meanwhile, he said, 75 per cent of Americans feel we are on the wrong track as a society. Nihilism is growing; young thugs commit gruesome crimes for the fun of it.

Speaking into the culture, the Christian can search for and affirm core biblical values. We can present practical means for fulfilling core values, not expecting that everyone in the culture will be saved. But the culture as a whole can be “nudged toward the kingdom of God,” said Ellis.

By and large, this hasn’t been happening. The church has disengaged from the culture and cloistered itself. But it needs to step out.