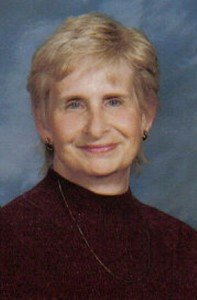 Today we have a guest post from author Linda Rondeau.

For you did not receive a spirit that makes you a slave again to fear, but you received the Spirit of sonship.  And by him we cry, Abba, Father. (Romans 8:15 NIV)

Not able to have children of their own, my son and daughter-in-law have adopted several children through the foster care system. Each addition to the family has been considered a blessing—especially so with Joshua. Nearly a year before, Joshua, who had been in foster care since early infancy, was free to be adopted.

When the agency called my son and daughter-in-law who already had one adopted son and another whom they hoped to adopt, they opened their hearts to welcome the youngster into their burgeoning nest. It was love at first sight when the affectionate youngster moved in. Finally, all the legal work was over, and the family accompanied Joshua for his day in court.

The courtroom was silent, waiting for the judge to make a decision—a decision to determine not only where little Joshua would live, but also what his name would be. The judge motioned Joshua to approach the bench. From his austere heights, the magistrate pointed to someone in the room. Each time, Joshua was asked, “Who is this?”

“Those are my brothers,” Joshua said, referring to the other adopted children. “That’s Mommy,” he explained as he pointed to my daughter-in-law.

Then the judge’s attention focused on my son who positioned Joshua in his arms, allowing the child to see the judge at eye level. “And who is this man holding you?”

Joshua’s eyes widened. He took his little hand and touched his father’s face as he squealed in delight, “THAT’S MY DADDY!”

The judge, assured of Joshua’s placement in a loving family, told John and Melissa that Joshua was now their legal son. Then the judge asked Joshua, “Do you know what your new name is?”

Joshua blurted out in excitement as he hugged his new father, “Joshua John Barringer, just like my daddy!”

Joshua takes great pleasure in imitating his father in just about everything. But, his greatest thrill is to bear his father’s name. For months after the adoption, Joshua said his name in a complete phrase: “I’m Joshua John Barringer, just like my Daddy!”

Joshua’s unabashed enthusiasm to become one with the family he loved, made me think of my spiritual relationship to God. He holds me in His arms so that I can touch His face. He has given me the privilege to call him “Daddy, God.”

He asks me to be holy as He is holy. He wants me to emulate His example. Joshua’s delight at his new name, made my heart say to God, “I want to be just like You.” 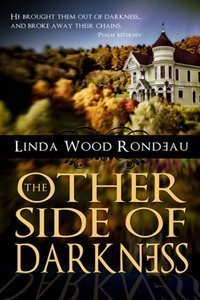 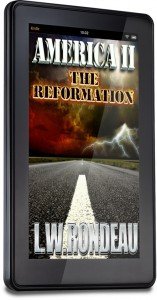 Winner of the 2012 Selah Award for best first novel (The Other Side of Darkness/Harbourlight),  Linda Rondeau writes for the reader who enjoys a little bit of everything. Her stories of redemption and God’s mercies include romance, suspense, the ethereal, and a little bit of history into the mix, always served with a slice of humor. Walk with her unforgettable characters as they journey paths not unlike our own.

After a long career in human services, mother of three and wife of one very patient man, Linda now resides in Florida where she is active in her church and community.  Readers may visit her web site at www.lindarondeau.com.  Her second book, written under L.W. Rondeau, America II: The Reformation, Trestle Press, is a futuristic political thriller is now available in ebook on Amazon.com and Barnes and Noble. Print edition will be available September 7.