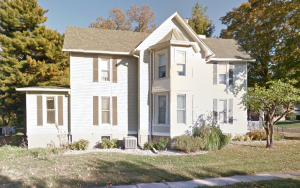 Thomas Hough, an enterprising young man, was born in 1844 into a lower-class family in Yorkshire, England, and didn’t like his prospects. His education stopped at the sixth grade, and his dad was a wagon driver. He got a job at the local  cotton mill as a lift operator, but whenever there was a pay raise, the prices went up at the company store where they had to shop.

He’d had enough. At age 19, he left for America. He got himself a job as a cook on a sailing vessel and got off the boat in Montreal. With his small savings he made his way to find a cousin in Carrollton, Illinois.

In Carrollton he discovered his cousin — the town drunk. I guess it was about 1863, a time when Carrollton was a settlement of log cabins. He supposedly never made himself known to this cousin.

Instead, he went to the bank to exchange his remaining money, a British gold piece. The banker gave him five dollars. No, said young Thomas. It’s only worth $4.88. 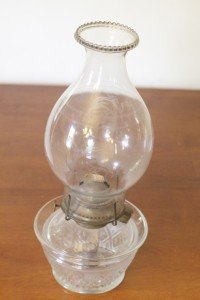 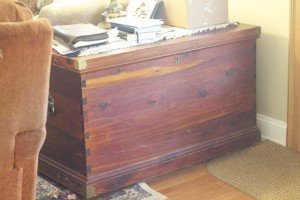 The banker, impressed with his honesty, offered him a job as a delivery wagon driver for his flour mill on the spot. And it was uphill from there. He eventually bought the flour mill from the banker, David Pierson, and was able to send for his sweetheart, Jane Woodhead.

After the flour mill burned, he made his way into the lumber business at a time when Carrollton was transforming from a clump of log cabins to a settled town of frame houses. In 1885 he built a house for his family, shown above as it looks now (inhabited by Houghs until 1995). He prospered.  Eventually he entered the coal business too.

He and Jane had three children. Two died young, including Ella who had a scholarship to study art at the Sorbonne in Paris but contracted scarlet fever. So only my grandfather, Thomas C. Hough, made it to full adulthood. I’ve written about him already. 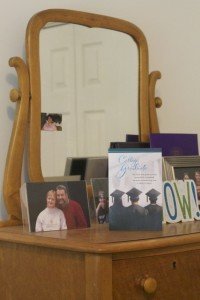 Thomas the immigrant entrepreneur had geek skills. The family legend is that he could add three columns of numbers in his head, keeping a running total as he ran his fingers down the page. He read Scientific American regularly.

The kerosene lamp, blanket chest, and dresser I am showing here came from that house, and maybe came from Thomas and Jane. The house had an odd name: “109.” That wasn’t the street number. It was the phone number, when phone service first came to Carrollton. You’d crank your wall phone to alert the operator and then ask for 109, please.