What did Abraham know, and when did he know it? 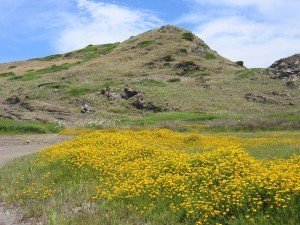 Partway through his earthly ministry, Jesus stands in the Temple exchanging barbs with some naysayers. He drops an interesting comment: “Your father Abraham rejoiced at the thought of seeing my day; he saw it and was glad” (John 8:56 NIV).

Believers ever since have wondered when Abraham saw Jesus.  I heard a sermon this weekend throwing out the possibility that Abraham stood over his bound son Isaac on Mount Moriah (Genesis 22) and was given the grace to look down the corridors of time to see God’s plan for another son and another sacrifice.

In an earlier blog post, I pointed out that the near-sacrifice of Isaac and the sacrifice of Jesus occurred on the same mountain (Ref. Gen. 22; 2 Sam. 24; 2 Chron 3:1-2). Abraham had no way of knowing that fact. But the writer of Hebrews tells us that Abraham picked up the knife to kill his beloved son in the belief that God could raise the boy up bodily.  “Abraham reasoned that God could even raise the dead, and so in a manner of speaking he did receive Isaac back from death” (Heb. 11:19 NIV). Abraham surely realized that it would be a bodily resurrection, because God had promised to raise up uncounted descendants of Abraham through this boy. How else could God keep his promise, if the boy were sacrificed as God demanded?

Perhaps Abraham, looking at his boy lying helpless on the altar, pondered two incompatible attributes of God. God is holy, abhorring sin and demanding punishment for it. And God is loving, desiring to bless us.

Have you considered God to be of two personalities, an outdated Old Testament angry God and a New Testament cuddly God? Perhaps you think that, since the time of Jesus, God’s loving-kindness is now his chief attribute, and his love will cause him to overlook your foibles when you meet him one day.

No, God tells us he is is the same yesterday and today and forever (Heb. 13:8). God doesn’t just overlook one major aspect of who he is.

So how do we understand God who is both terribly holy and amazingly merciful? It is only at the cross these attributes intersect.

God accepts the shedding of innocent blood to pay for sin. Through Moses he taught the sacrificial system to the children of Israel. But how does the blood of an animal pay for anyone’s sins? Here’s how: because it prefigures the shed blood of Jesus Christ, which occurred at a point in time.

How can the sacrifice of a lamb in Moses’ time be based on an event at least a thousand years later? It’s because God lives outside of time. The death of Jesus serves as the hinge of history, an event God began telling us about just as soon as the first humans made their first rotten choice. (He told Eve that one of her “seed” would crush the head of the serpent Satan (Gen. 3:15)). All the lambs and other animals sacrificed under Moses’ covenant paid for sin because these sacrifices stood for the death of Jesus, the real and perfect lamb of God.

Like Jesus, Isaac walked up the hill of Mt. Moriah carrying the wood for his sacrifice. Like Jesus, Isaac surely went willingly–otherwise the near-sacrifice of a teenage boy by an older man could not have happened. And in both cases the loving father’s heart was breaking, as well as that of the beloved son.

Perhaps God was teaching Abraham just a little bit of what was in God’s heart. (Abraham is the only person described in the Bible as God’s friend (Jas. 2:23).) Accordingly, did God grant Abraham a view and understanding of the hinge of history?

The wonderful thing for us is that Jesus was willing to sacrifice his life so that we could draw close to God, foibles and all. God remains holy, but now he can reveal to us his loving-kindness as well.  Thanks be to God.