God rejoices over you with singing

Today we have a guest post from author Rebecca Lyles. 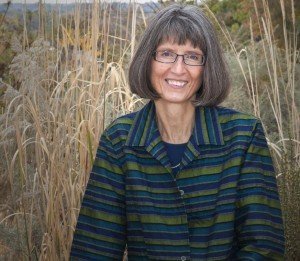 A key scripture in my novel, Winds of Wyoming, is Zephaniah 3:17: “The Lord your God is with you, he is mighty to save. He will take great delight in you, he will quiet you with his love, he will rejoice over you with singing.”

I find it easy to tell a struggling friend that God is with her, that he’ll rescue her from her current predicament, that he loves her and will give her peace. And I enjoyed creating a scene in Winds in which a secondary character tells the heroine that God delights in her and rejoices over her with singing. But do I believe he does the same for me? I mean, really … God singing about me?!

Psalm 68:6 says “[God] leads forth the prisoners with singing.” He expresses his joy through song. Why not? He is music. “The Lord is my strength and my song.” (Exodus 15:2)

Our Creator even has his own song (played on harps he created). “They (angels) held harps given them by God and sang … the song of the Lamb.” (Revelation 15:3)

We love to sing our praise and adoration to God, the One who shares the music of his heart with us and who loves us more dearly than we can fathom. “How great is the love the Father has lavished on us, that we should be called children of God! And that is what we are.” (I John 3:1) With such lavish, unbounded love, why wouldn’t the Father of Music, our Heavenly Father, sing with delight over his beloved, ransomed children?

Lord, I pray each author you’ve gifted to write for your Kingdom will hear and receive your song of delight and then broadcast the music of redemption far and wide so multitudes of others can also bask in your joy. Amen.

Debut novelist Rebecca Carey Lyles grew up in Wyoming. Her nonfiction titles, both available on Amazon, are It’s a God Thing! Inspiring Stories of Life-Changing Friendships and On a Wing and a Prayer–Stories from Freedom Fellowship, a Prison Ministry. She and her husband Steve live in the neighboring state of Idaho. She enjoys the creativity and beauty that abound throughout her adopted state as well as opportunities to hike, camp, snowshoe and cross-country ski in the midst of God’s grandeur. Currently, she’s working on a Winds of Wyoming sequel titled Winds of Freedom.